On Remembrance Day of the Chornobyl disaster, we’re declaring our opt for the energy of life – 100% Renewable Energy Only!

On the night of April 26th, on the 33rd anniversary of the Chornobyl disaster, that is considered the worst nuclear power plant accident in history, Ruslana as the International Ambassador for Renewable Energy  initiated the large-scale original art-performance “Chornobyl: RE: start.” The event was held at the Chornobyl Exclusion Zone.

The catastrophic nuclear accident in the No. 4 nuclear reactor of the Chernobyl Nuclear Power Plant, has been deeply ingrained in the memory of humanity. We should not only remember the disaster’s consequences but also to learn that bitter lesson and move forward.

Much should be learned from the the Chornobyl’s painful experience. But first of all, we have to prevent such global mistakes in the future. Because the cost of such mistakes is so high – tens of thousands of victims, the health of the entire generation.

We initiate a two-year “Sunrise of Renewable Energy” project in order to raise the issue of the need to minimize the risks of energy production and unite around this issue people who actively create the prosperous future of Ukraine and the world, for a conscious choice of the general public in favor of energy of life – 100% Renewable Energy Only.

“Chornobyl: RE:start” is the starting point of the “Sunrise of Renewable Energy” project. It’s an artistic way of looking at the tragic page of history not only of Ukraine but the entire world. The memory about the tragedy and awareness of its consequences must become an ‘engine for change’ and transition towards renewables. And that is the main issue to be emphasized by my art-performance. We call on to make RE:Start! Renewable Energy Start.

Symbolically, art-performance will take place next to the “Trumpeting Angel of Chernobyl” monument. In this place, a dark past will be opposable with a possible bright future. 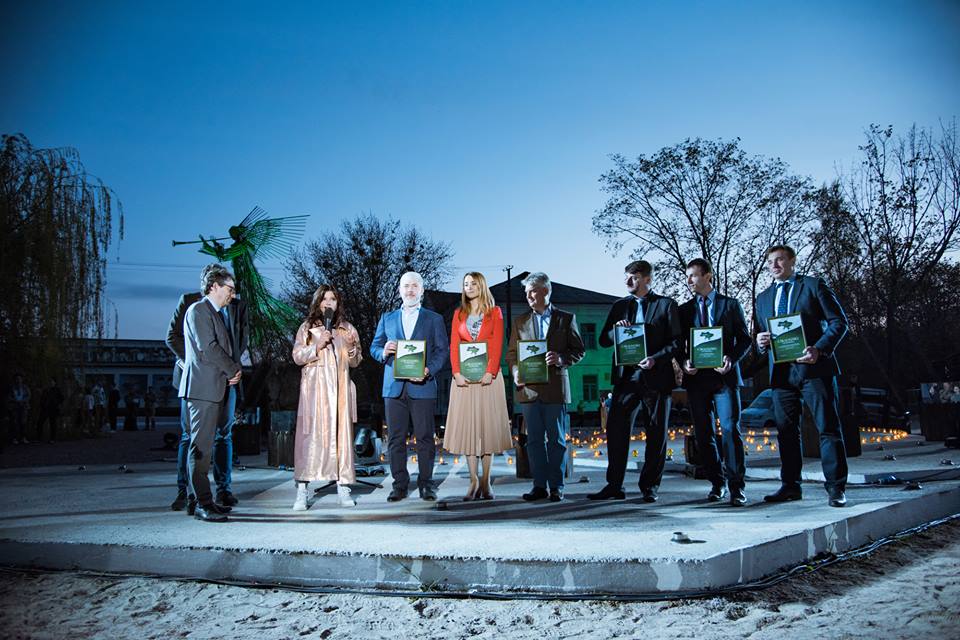